What is the Daintree Rainforest? 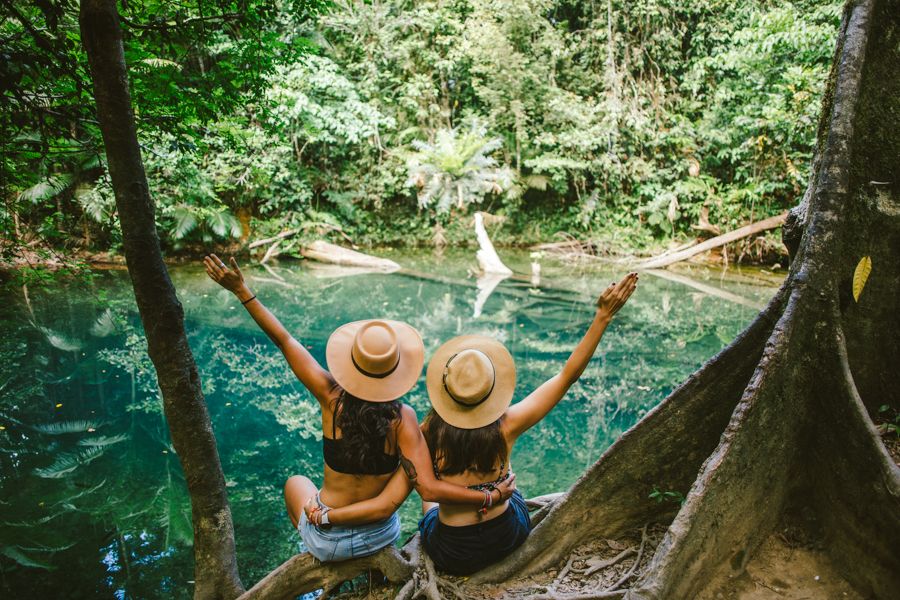 The Daintree Rainforest is located north of Cairns and is the oldest living rainforest on Earth. Thriving for an estimated 135 million years, the biodiverse hotspot holds generations-old knowledge from the area's traditional custodians, the Kuku Yalanji First Nations people.

It is home to thousands of species of plants, animals, and over 12,000 species of insects. It's full of huge green trees, countless waterfalls, and stretches from Mossman Gorge all the way up north to Cape Tribulation. The west is bordered by the MacDonnell Range while the east of the forest meets the edge of the Coral Sea and the Great Barrier Reef.

The Daintree has over 430 recorded species of birds, including the famous cassowary, Australia's most well-known bird. Standing up to two metres tall, they have blue faces, and a large brown bony helmets on their heads. They are known to be extremely dangerous, especially when they are protecting their young, and have large clawed feet that can gravely injure or harm other animals or even humans. They are an endangered and protected species and are a beautiful sight to see in the wild. With a high population living in the Daintree, lucky visitors often see them while making their way through the rainforest!

The Daintree Rainforest is also home to many of Australia's native reptiles, including snakes, frogs, lizards and crocodiles, with 15 species of gecko alone. The Lace Monitor, Australia's second-largest Goanna, is found here and can often be found lumbering around on the forest floor. Don't let their slow demeanour fool you, once they want to move, they can quickly get up a tree or run away at great speed. They feed on carrion, as well as eggs or small animals.

There are plenty of species of marsupials, rodents and mammals that roam the forests, including the Flying Fox, the largest bat in Australia. While its ominous size looks terrifying, it only eats fruit and pollen and is a very docile animal. 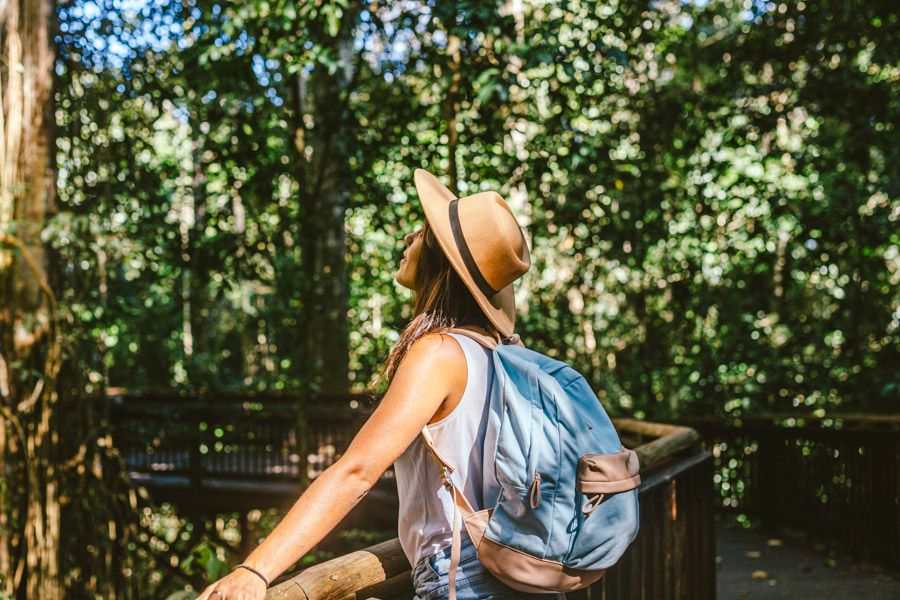 With rainforest, wetlands, mangroves, rivers, and waterfalls spanning over 12,000 square kilometres, the Daintree Rainforest is one of the most beautiful forests in Australia and the world!

Be sure to explore our adventure-filled range of Daintree Rainforest and Cape Tribulation tours here.

Planning a visit to the ancient Daintree Rainforest during your Cairns getaway?

Curtain Fig Tree, Cairns
Where Can I See A Cassowary In Cairns?
Lake Eacham in the Atherton Tablelands
Cape Tribulation
View All Articles In The Rainforest
Sara
Click To Chat

Frankland Islands Reef Cruise
"Great day out! The staff were great and were very informative. The day began with a river cruise wit..."
Ashleah Holliday
Passions of Paradise
"An incredible intro dive. This was my first time diving and the staff were amazing at easing my nerv..."
Roma
Ocean Free: 1 day Sailing Green Island & Great Barrier Reef
"What a great time! We saw a huge reef shark!..."
James Banks

Backpackers Return to Far North QLD...
The gradual return of international backpackers represents a light at the en...
Read More
Cairns Cruise Ship Schedule 2022...
Cruise ships in Cairns are back in action after the pandemic hit the region. Tra...
Read More
Free Parking in Cairns...
Get the tips and tricks on where to park your car for free in Cairns...
Read More