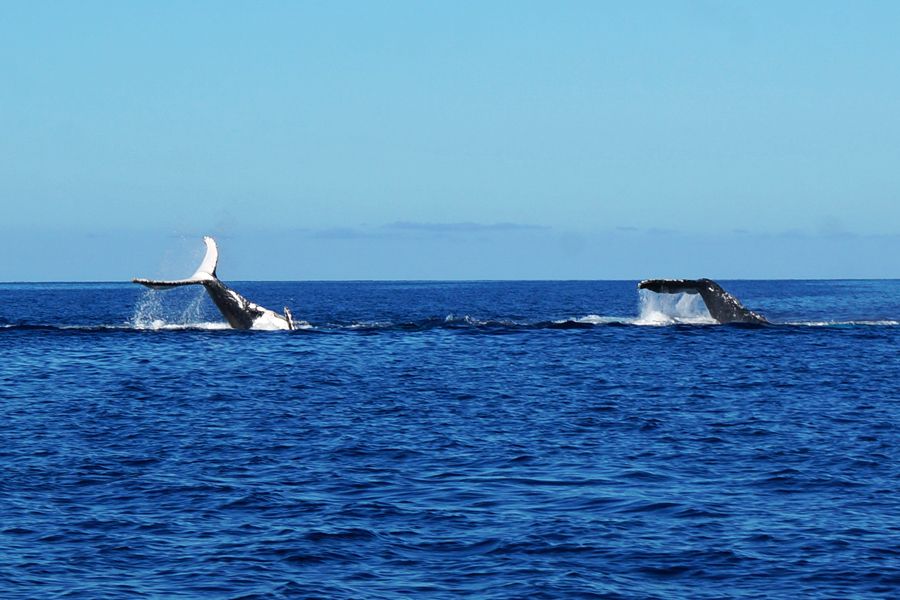 Michaelmas Cay is a sandy cay found on the western tip of Michaelmas Reef. It's a small sand island that is surrounded by reef and boasts a population of sea birds and vegetation. It is only 350 metres long by 50 metres wide but is surrounded by a large, diverse coral reef. It is considered to be a fringing reef or middle reef, close to the edge of the Outer Great Barrier Reef.  It is a popular destination for day boats and snorkel trips and takes about 90 minutes to reach from Cairns, being located only 40 kilometres away. The cay has limited access and can only be visited between 9:30am and 3:00pm and has restricted access points, further limiting its visitors and making it a quiet and spectacular place to visit.

Michaelmas Cay is unique in that it is completely plant and animal made. The cay was formed by an accumulating of broken shells and other animal debris that began to form an island. Over time, sand deposits were formed and with the help of passing seabirds, vegetation was able to form by way of seed and fertilizer deposits. As vegetation grew and more sand accumulated, a stable sand cay was formed. Today, the cay plays an important role on the reef and is vital to some species of sea birds and sea turtles.

Sea turtles can be found in the water surrounding the cay, enjoying life on the coral reef. They are often spotted munching on coral or swimming along the top of the reef. Some sea turtles nest on Michaelmas Cay, where they will return time and time again to lay their eggs.

Humphead Maori Wrasse are easily spotted when snorkelling in the reefs around Michaelmas Cay. You can spot these fish not only by their large size but also by their large bulbous forehead and big, plump lips. Maori wrasse are territorial, so you will often see one large, colourful male with several smaller females around. Females are often brown, red or grey in colour and are smaller than their male counterparts. Maori wrasse are generally quite friendly and will often swim up close to snorkellers, providing great photo opportunities! But be wary - it's important you don't touch them if they come near. They are covered in a protective mucus that you could damage by touching them.

Giant clams are found in the reef surrounding Michaelmas Cay. These huge crustaceans range from small to large but can reach sizes of 200kgs! You will find them attached to the ocean floor, reef beds or crammed into cracks, where they will live out the entirety of their lives. They have colourful lips that are known to change colour in a shimmering pattern, lighting up with blue, green purple and gold.

Michaelmas Cay is a bird sanctuary and supports 23 different bird species! The environment is ideal for nesting, drawing in huge numbers of birds certain times of the year. It is one of the most important bird sanctuaries in the Great Barrier Reef. Sooty Terns, the Common Noddy and the Crested Tern can be seen here all year, with other species visiting to mate, nest or rest.

Michaelmas Cay is also host to a huge variety of marine plants and corals, as well as hundreds of species of tropical fish including parrotfish, trevally, reef sharks, fusiliers and more. You can look forward to a huge variety of animals whether snorkelling or diving on this unique and beautiful reef site. You can visit Michaelmas Cay and see it firsthand for yourself on the trip of a lifetime! Chat with our friendly travel experts today and find out how.

The Necks bring their unique sound to Cairns Performing Art Centre...
The Necks are not here, there and everywhere, not the way bands are supposed to ...
Read More
Massive jellyfish appears to be 'melting' on Queensland beaches...
Warm weather and large swells in recent days have caused the giant jellies to wa...
Read More