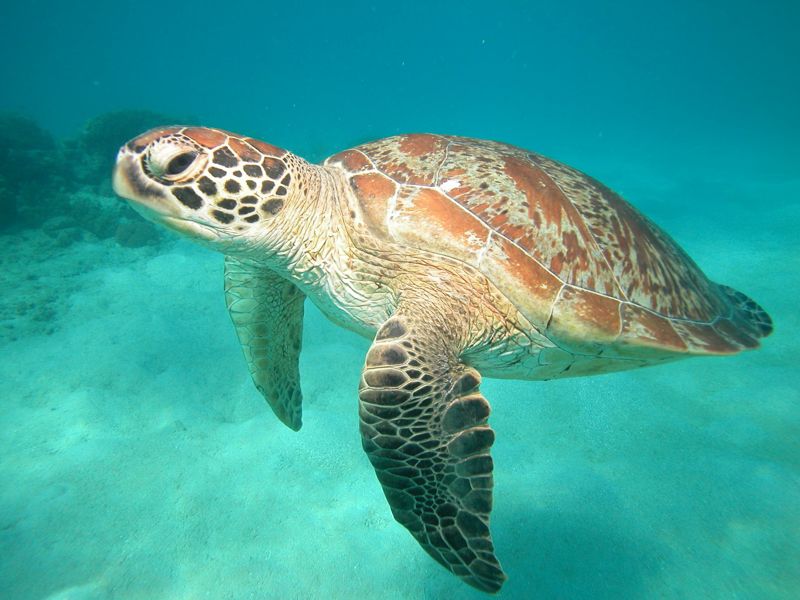 Hastings Reef is on the outer edge of the Great Barrier Reef and spans 10 square kilometres and is located about 50km southeast from Cairns on the mainland.

Hastings is horseshoe-shaped and has a large reef wall that makes up the edge of the reef, with reef flats and other coral formations making up the rest of the reef. The reef flat can be as shallow as 1 - 3 metres with deeper parts of the reef reaching an average depth of 13 metres, making it great for both snorkelers and scuba divers as it’s viewable from above and below! Both the shallows and the depths support a huge variety of marine life, ready to be explored!

The shape and structure of the reef supports a huge array of marine animals and corals. The steep outer edge rises out of the depths of the ocean and the currents bring in plenty of nutrients and oxygen to support a huge variety of marine species. Hasting is considered to be a patch reef and is host to coral overhangs, swim-throughs, coral gardens, caves and dropoffs. The diverse range of reef formations makes every single snorkel or dive interesting, giving you plenty to see and explore. There is plenty to see during your time on Hastings Reef, both in the form of plant and marine life.

Anemones are an interesting type of animal that lives on coral reefs. Often mistaken for a plant, this rare type of animal and are closely related to corals and jellyfish. They have stinging tentacles that keep away potential predators and often host animals in a symbiotic relationship - including clownfish! They are easily recognized by their soft looking swaying arms that float grow upwards, waving in the current.

Green sea turtles are a frequent visitor to many parts of the Great Barrier Reef including Hastings Reef. They are often spotted hanging out on the coral beds napping or eating or swimming around looking for their next meal. They are 1 of 6 species of turtle that live on the Great Barrier Reef but are the most likely to be spotted at Hastings Reef. They are often spotted chewing on coral down below, so keep a close eye out as they are extremely camouflaged!

Also known as the blunt head parrotfish, you’ll know this fun fish when you spot its oblong face and bright blue colours! Parrotfish feed on algae that live on coral, effectively functioning as janitors on the coral reefs. Their presence is vital to the health of the reefs and its corals as they create more space for juvenile corals to attach and grow by removing parasitic algae. They are often spotted in schools, so you will notice them right away if they are around. If you listen closely, you will actually be able to hear them biting into the coral!

Whitetip reef sharks are generally a very timid species. They grow to a maximum of 1.5m in length and are identified by a white tip on their dorsal and upper tail fins. Far from being human-hungry, they feed on small fish, crabs, eels and other small reef residents. They have slender bodies that allow when to navigate through small caves and crevasses, where they will hunt for their prey. They are nocturnal hunters and often spend their days hiding out in caves, rather than roaming the reef. Most of the time they will flee when they see a snorkeller or scuba diver approaching, so keep an eye out for these elusive animals!

These are just a select few of the animals you will see while visiting Hastings Reef. The small caves, drop-offs, and tunnels support a huge variety of both small and big fish, giving you an amazing experience each time you enter the water!

If you want to see Hastings Reef, you can chat with our knowledgeable and friendly travel experts and get one step closer to your own Great Barrier Reef adventure.