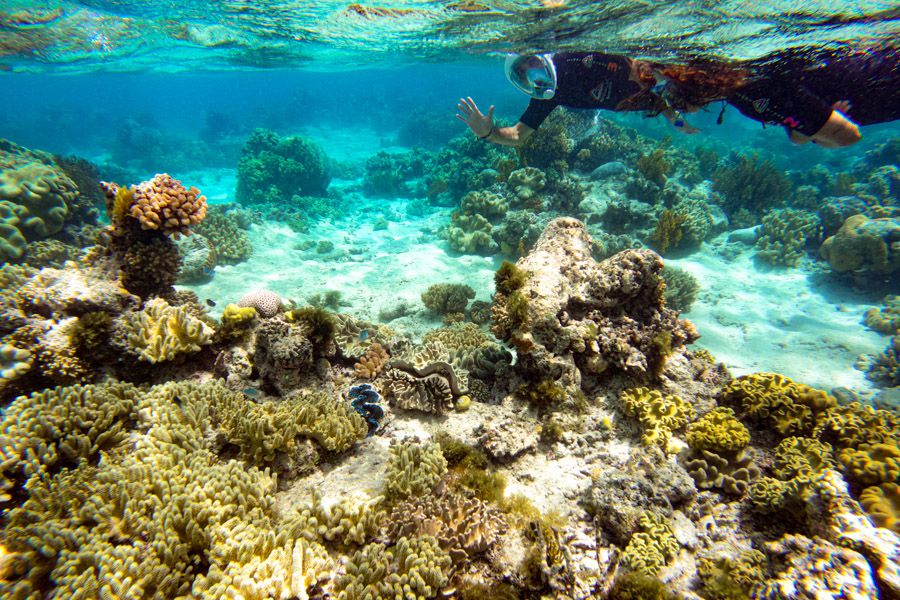 Situated approximately 43km North-East of Cairns, Pretty Patches Reef is a lesser-known snorkel and dive location in the Great Barrier Reef, home to flourishing underwater forests that span across three separate ‘patches’. Emerging to the east of the popular Breaking Patches, the abundant corals and marine species at Pretty Patches take roughly an hour and a half to reach by boat from the Cairns Marlin Marina. Protected under the Cairns Great Barrier Reef Marine Park, Pretty Patches and surrounding reefs behold breathtaking shallow lagoons where some of the highest marine diversity in the world can be found.

Pretty Patches is the ideal reef location for those seeking an uncrowded, unique snorkelling or diving experience – don’t forget your GoPro before you submerge into tropical bliss!

The Great Barrier Reef is home to 75% of the world’s coral species, enticing thousands of travellers each year to experience the abundant underwater forests for themselves. Pretty Patches is the perfect, secluded destination to feast your eyes on a variety of soft and hard corals, as you glide across the reef’s calm waters. Make sure to keep a lookout for the large, rapidly growing Staghorn Corals, vibrant Sea Fans, exotic Spaghetti Corals, bushy Leather Mushroom Corals and the ever-striking Brain Corals! Crucial for sustaining the reef ecosystem, the plethora of corals at Pretty Patches Reef act as an all-round hiding, feeding, and playground for the multitude of marine species in the Great Barrier Reef! 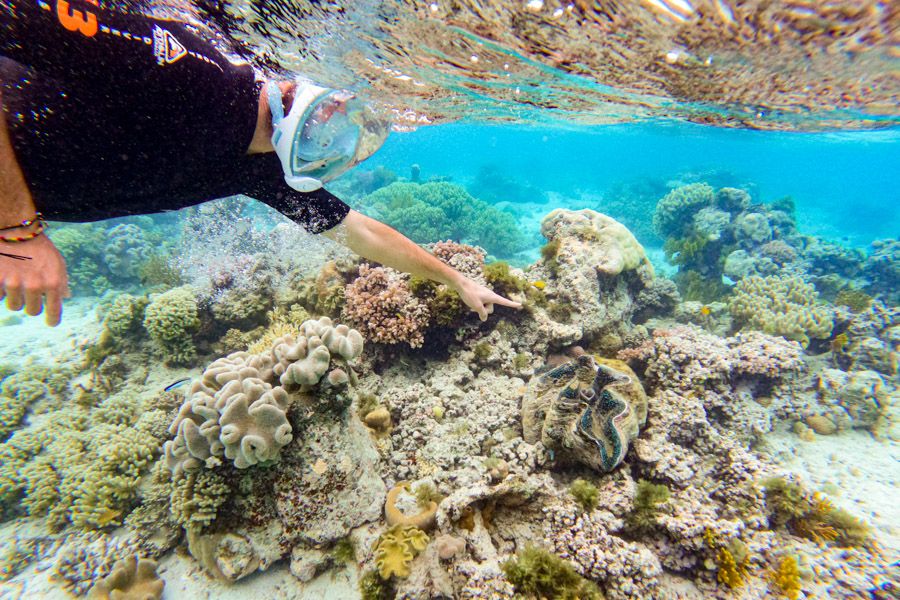 The Great Barrier Reef is estimated to give life to 1,500 species of reef fish, with an abundance of unique marine species calling the protected, calm lagoons and flourishing corals of Pretty Patches Reef home! Photos captured of magnificent reef fish, turtles, rays, and sharks are bound to leave you in awe – imagine watching these colourful species swim right before your eyes as you glide along Pretty Patches Reef!

The Great Barrier Reef is home to 6 of the worlds 7 species of turtles! Gentle locals of the Great Barrier Reef, Pretty Patches is often visited by calm Sea Turtles who graze along the reefs floors and corals. Sea Turtles are relaxed around snorkellers, providing the perfect opportunity for people to glide alongside, take in, and respect their beautiful shell and wise nature! 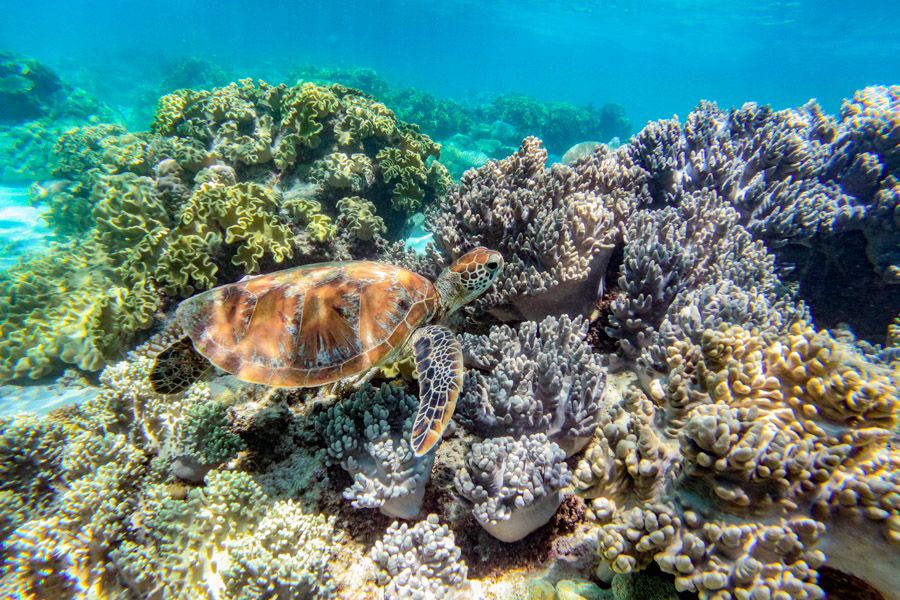 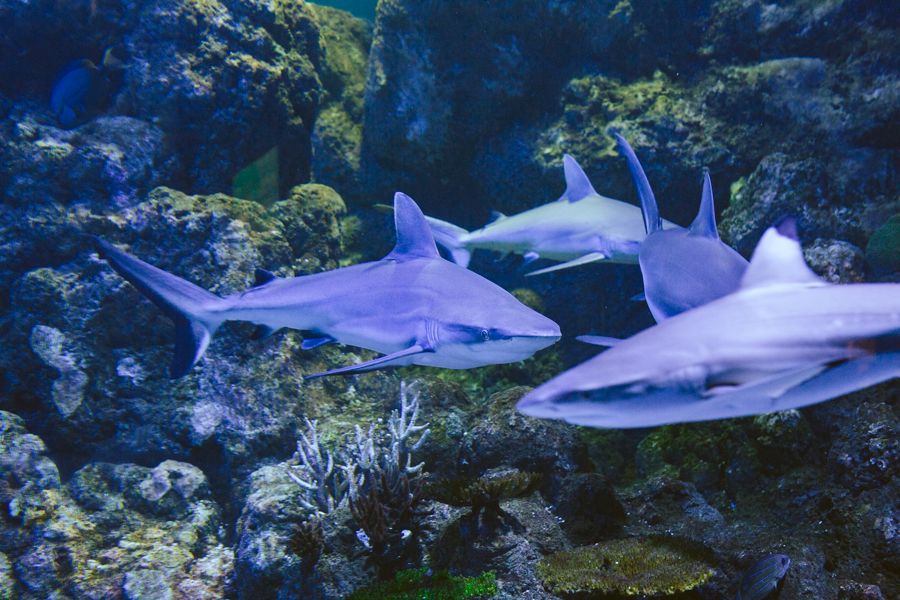 After a snorkel or dive at Pretty Patches, you’ll be sure to remember the unforgettable shape and vibrant yellow and black stripes of the curious Butterflyfishes that call the Great Barrier Reef home. Follow these small creatures gently as they dart and nibble on the coral species below! 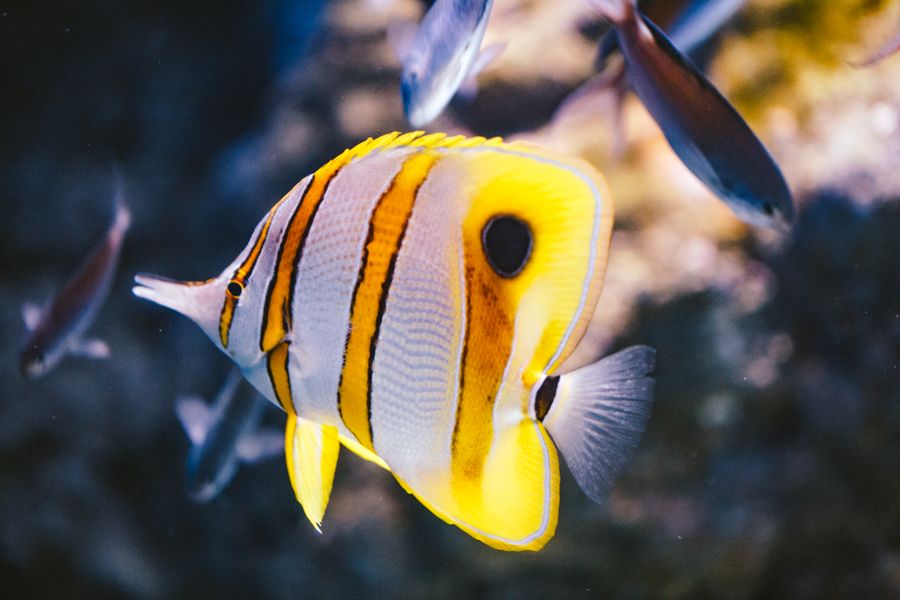 Living for approximately 100 years in the wild, the Giant Clam enjoys the tropical waters of the Great Barrier Reef, slowly grazing along the oceans floor. The Giant Clam is the largest living bivalve mollusc and can often be spotted by its electric blue crevices on your snorkel or dive to Pretty Patches! 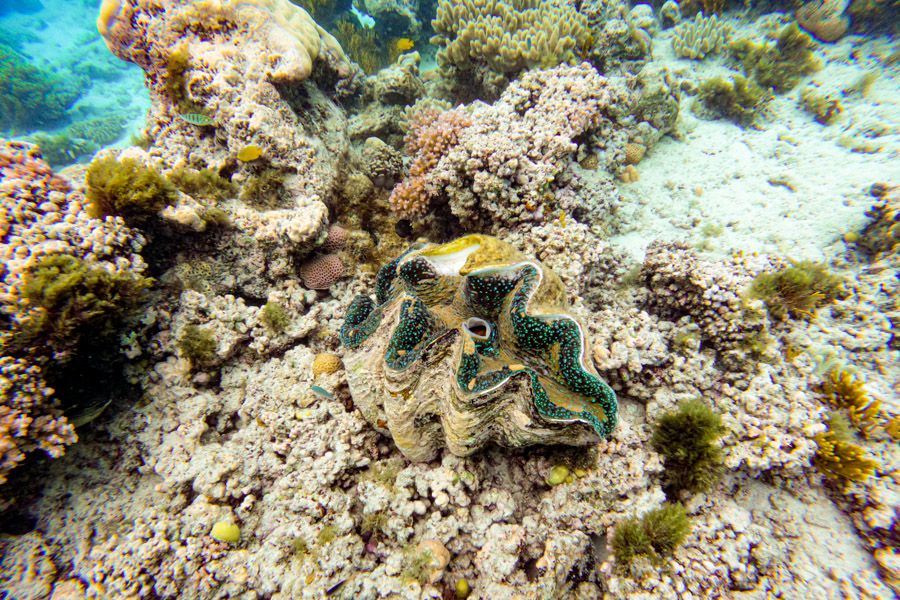 Blue Spotted Rays are not your ordinary Ray that can be found in the Great Barrier Reef! They are easily distinguished by the bright blue dots all over their body and yellow patches around their eyes, often being spotted by snorkellers and divers at Pretty Patches as they graze on the sandy floor below. More than worth the dive down during your Great Barrier Reef getaway! 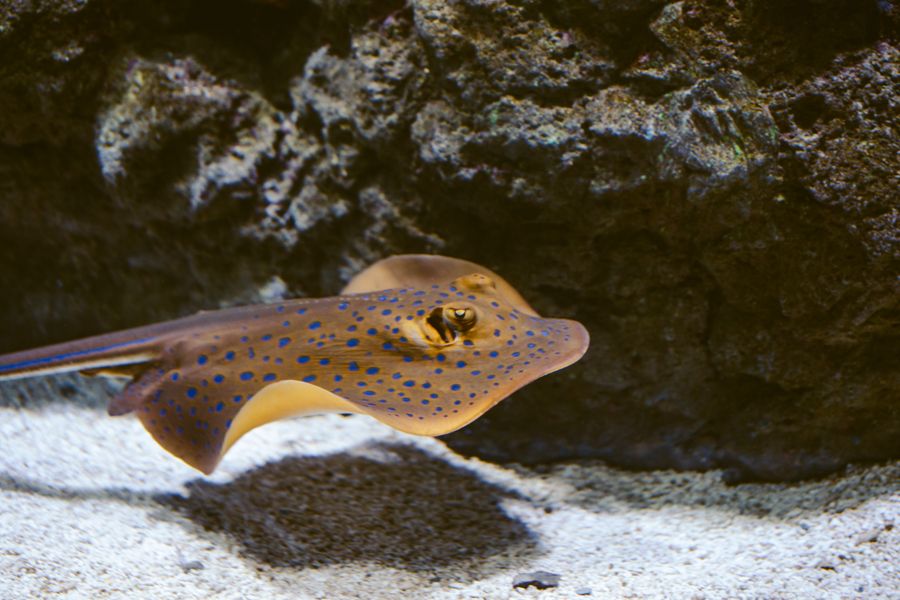 Christmas Tree Worms can be spotted by their colourful exteriors which resemble the common household Christmas tree, often found decorating corals on the Great Barrier Reef. With multiple layers of branches, these worms additionally play a vital role in protecting coral species from being penetrated by Crown of Thorns Starfish!

Head on out to the Cairns Great Barrier Reef to snorkel or dive the serene lagoons of Pretty Patches! Get in touch with our friendly travel experts to book your vessel out to the Reef today!