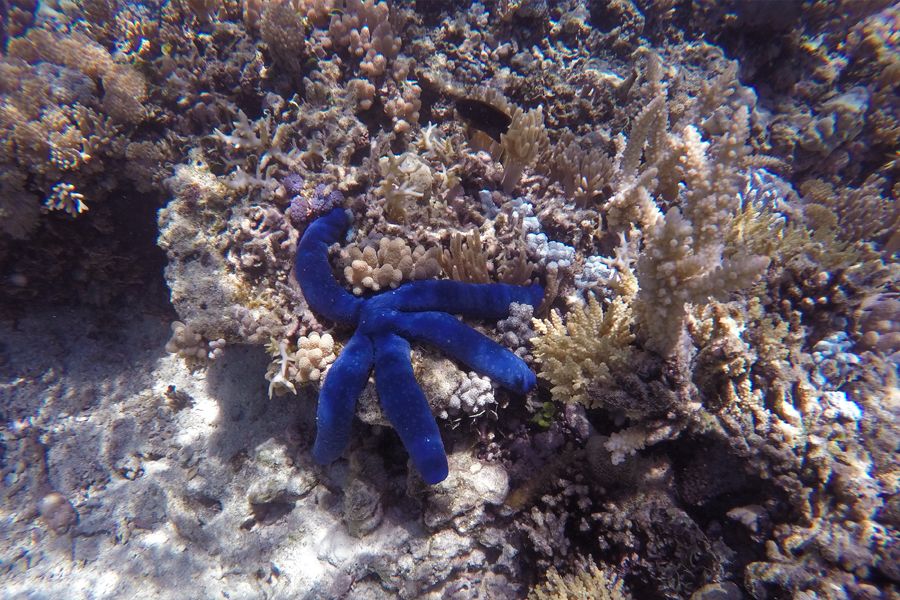 The Low Isles is a coral cay found in the Great Barrier Reef and is made up of Woody Island, Low Island and 55 acres of coral reef. The stunning cay is found only 15km northeast of Port Douglas, making it a popular spot for daytrippers leaving from the mainland, as you can reach in the cay in as little as 30 minutes! This reef site is teeming full of life and colour, offering an amazing snorkelling destination on the inner reef where visitors can swim in the coral lagoon, viewing the amazing marine life from above. Scuba diving isn’t allowed at this location, unless for scientific purposes, so tours only offer snorkelling to visitors!

Woody Island is the larger of the two islands and is uninhabited except for the local bird population. The island is a vital habitat for many birds as they use the cay to nest and raise their young.

Low Island is the smaller of the two islands and has been used since the 1800s as a site for weather data collection. A lighthouse was erected in 1878, which has been operating ever since, guiding boats through the main shipping channel between Port Douglas and Cairns. You can visit Low Island and check out the lighthouse, lounge under the beach umbrellas or go on a nature walk, exploring the shoreline and forest. It’s also a great place to snorkel from the beach, easing yourself into the waterworld below.

In 1928, The Low Isles became the first site in the world where a scientific survey was done on a coral reef. Results of this study are still used today as many of the theories made back then are still relevant to modern-day surveys and studies that are still ongoing in the area! Visitors to this coral reef are limited in order to protect its ecology and allow it to continue to thrive, making it an even more special place to visit! Scientists still regularly visit the Low Isles to collect information about the reef and the environment.

Due to their close proximity to the shore, you can visit Low Isles on half-day tours and full day tours departing from Port Douglas, taking extra time snorkelling on the inner reef.

Beds of seagrass are found outside the coral flat, providing a perfect environment for sea turtles to graze. The Great Barrier Reef is home to 6 of 7 species of sea turtles found in the world but near seagrass, you will most likely spot green sea turtles. They are so named not for their external colouring, but because their green diet actually turns their insides green too! They are generally very friendly but can be skittish if they are disturbed. If you see one, keep your distance and swim carefully so they don’t feel threatened. Otherwise, they’ll swim away!

Moon wrasse are colourful fish that are quite active on the reef! They spend their days swimming around, nipping at other fish and searching for their next meal. They are protogynous hermaphrodites, meaning they start their life as one sex and change to the other later in life. Moon wrasse are all born female, with some of them becoming male as the need arises. They live in family groups, which is dominated by an alpha male, who is usually bigger and more colourful than the rest. You can spot this fish by the yellow crescent moon shape on its tail and its blue-green body.

Dugongs are one of the more elusive and special animals you can see while snorkelling on the Great Barrier Reef. They are also found near seagrass beds, where they are spotted eating and periodically coming up for air. As an air-breathing mammal, they have to surface every 6 minutes for a new breath of air before diving down again. They are large and easily spotted if they are around, reaching up to 2.6m and 300kgs! But don’t worry, they are harmless to humans, despite their intimidating size!

Clownfish are small orange and white fish made popular by the Pixar movie “Finding Nemo.” Just like in the animated movie, these funny fish are found inside of anemones where they live in family groups. Dominated by one large female and several smaller males, you can spot them as they swim in and out of the safety of their protective home. Anemones have stinging tentacles like a jellyfish which will attack any animal that touches it (including people), keeping their small residents safe and sound.

Giant clams are an awesome sight while snorkelling at Low Isles. Ranging in size, the largest of these molluscs can reach 120 cm across and 200kgs! They have hard boney outsides and are often found on the sea bed or within cracks and crevices of reefs and display colourful fleshy lips that can easily be viewed by visitors! They have a huge variety of colour with pronounced purples, blues, greens and golds and just like corals, most of the colouring inside of giant clams comes from its symbiotic algae.

Low Isles is a diverse coral reef that is full of a diverse offering of fish, coral and other marine animals. You can look forward to seeing hundreds of species of coral as well as many colourful tropical fish, both big and small while visiting this reef site. The biggest perk of this reef site is its proximity to land, which will allow you to spend less time travelling and more time in the beautiful inner reef!

Check out Low Isles for yourself and hop on the adventure of a lifetime! Chat with our friendly travel experts today and find out how.

The Necks bring their unique sound to Cairns Performing Art Centre...
The Necks are not here, there and everywhere, not the way bands are supposed to ...
Read More
Massive jellyfish appears to be 'melting' on Queensland beaches...
Warm weather and large swells in recent days have caused the giant jellies to wa...
Read More